Poor Jesus.  For those of us with short memories, it might be helpful to know that the Gospel we just heard (the Bread of life discourse) follows the Gospel of last week, also from John, where Jesus fed five thousand with such abundance that twelve baskets of bread were left over.  Today we learn that after all that, it’s not enough for them.  They want another sign!  That was a nice miracle, but how do you match what our ancestors got in the desert—all that manna and those succulent quail?  And those ancestors, we are reminded in that first reading, were themselves a grumbling lot, never satisfied: all they could do was find fault with Moses, who had led them out of slavery in Egypt—out of slavery!—on the way to a Promised Land, a land filled with milk and honey and swaying palm trees.  But no—the journey to this promised land was too much—they wanted their earthly satisfaction, and they wanted it now.  Selfish, self-centered lot, all of them.  And God, poor God, broke down and obliged them, showering them with so much food that, for a brief moment they were stunned into silence, left scratching their heads.

There is something almost comical about the way the Scriptures present human beings in both these readings.  We are mumbling, grumbling, myopic, selfish, and just a little bit stupid.  We do not see God’s goodness toward us, but see only the cup half empty. We yearn too often for that which cannot satisfy, but which can only fill our voids.  It may be an addiction to technology, useful as it may be; or to political news, important as it is; filling our lives with a mad rush or projects, helpful though they are; or making a profession of worrying about others, even with the best of intentions.  Some of this we cannot help, of co 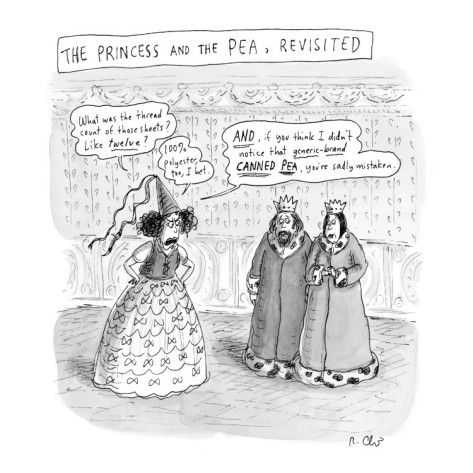 urse, and in both of the major readings today, God is patient with us; Jesus exceptionally so.  For, as the writer of the book of Hebrews tells us, we have in Jesus a high priest who is himself beset with weakness, and who knows intimately the confusions and sufferings of our earthly existence.

Beyond our own personal needs and sometimes petty demands, there is of course a legitimate spirit of complaint: we’d like to see an end to political madness and mean-spiritedness; we’d like to imagine a church freed from the pathologies and systemic deceit that has led to so much scandal and tragedy; we’d like to see a country where there is no more cruelty toward refugees in the name of making America great again; we’d like to see a world where girls and women are truly accorded equality, including in the church; we’d like to see world freed of racism and violence and hatred; we’d like to see Our Common Home protected from insane greed; and the listing of our desires goes on.  Satisfying these kinds of desires seems to comport with God’s desire for our human flourishing.  Even so, how do we know that we aren’t fooling ourselves into thinking that God simply agrees with our views?

That second Scripture, from Ephesians, says we need to approach all this with a new frame of mind.  The signs of which we read in the Scriptures—manna from heaven, basketsful of bread—are indeed just signs: they point to something other than themselves.  They point to the fact that God is even now showering us with the offer of God’s very self, and that in this self-gift, God will ultimately accomplish what we cannot yet imagine.  It is not the signs themselves that we should seek—miracles—but rather the eyes to see, the ears to receive the unending gracious self-communication of God that is being given us in each and every moment of our existence.  Right now.  Jesus therefore says: don’t seek for the kind of bread that can never satisfy, but rather seek after me.  For I am the Bread that will truly nourish, I am the only pathway toward the satisfaction you seek: “Whoever comes to me will never hunger, and whoever believes in me will never thirst.” Why?  Because Christ is himself life in its deepest sense.

But Paul himself goes one better than Ephesians, by filling out this mind of faith as the mind of Christ, which he describes in Philippians as self-giving, letting go of the familiar, and entering into the pathos and suffering of the human condition, as Jesus himself did. To live is Christ, he says. With the mind of Christ, which the complaining people in Exodus and the Gospel did not possess, we can begin to imagine ways to bring life to the world.  We saw one example of that this past week in Pope Francis’ pronouncement that the mind of the church itself has developed over time with regard to capital punishment.  Were we as a church to have remained within the realm of myopic complacency, we’d still be stuck where we always have been. But, with attention to the mind of Christ, the mind of the church can change.  This actually did happen!  It can happen again.  There is hope for humanity, perhaps eventually even in our politics.

This mind of Christ is something that each of us can take on, too. I recently had dinner with a friend of mine who does massively good work, bringing medicine to the poorest people of the earth.  Most of us would look at him and say that he is living his life very well, better than most, perhaps, and that he is even saintly.  At least I think so.  But, at some level, he confesses, he has not found whatever it is that finally satisfies:  there is more good to be done, some way of making his already good life more viscerally impactful for the good of humanity.  He desires so much good—a cup overflowing.  This is not hubris.  This is a yearning that arises from faith.  He is asking, how can he, with the help of God’s grace, find a path at this time in his life that will draw that desire closer to a reality?  It is the kind of questioning that inspired Moses to lead the grumbling people out of Egypt, the kind of questioning that impelled the young Jesus to preach a Reign of God, the kind of questioning that led poor fishermen and Galilean women to become prophets and apostles:  not what more can I have, but what more can I give?  How far this is from the complaints of the desert travelers, or the people who had just been fed at the lakeside, asking for signs, for more from God.

We do not need to look for signs from God, or live to see all our desires—personal and otherwise—fully realized.  We need only ask with grateful hearts:  What more can I do with this precious life that I have been given?  Help me—help us—look beyond the earthly bread that can satisfy only a little, and toward the Bread that alone can satisfy beyond imagining—the Bread that leaves us asking not for more from God, in a spirit of complaint, but rather what more can we give to God, in a spirit of gratitude.  The Bread that gives us the mind of Christ. The Bread that not only nourishes, but is life itself.

The Psalmist poses all this theology as a question, and one that we might turn around in our hearts for a moment now: “What return can I possibly make to the Lord for all of his goodness to me?”  (Ps 116).